I was really looking forward to updating this blog frequently as the Midwest League season got under way.

And then things changed in an instant Thursday morning.

I lost a good friend.

Rest in peace, Nick. You made it back to the big leagues and you showed the world your best stuff. Those who didn’t know you will never know what they missed out on.

Some day, and possibly soon, I’ll pick up where I left off with this project. Until then, take a moment to enjoy your life and those around you.

And I thought Great Lakes had a solid initial roster. Then I came across Wisconsin’s release.

The T-Rats, in their first year as a Milwaukee affiliate, will be as stacked as native Wisconsinite Phil Helmuth’s poker chips. The Wisconsin roster features first-rounder Brett Lawrie, who will make his professional debut after playing with Team Canada in the World Baseball Classic.

The release also points out that the pitching staff will feature eight hurlers taken in the first 12 rounds of the MLB Draft, including 2008 Supplemental first-rounder LHP Evan Frederickson and 2008 second round choice RHP Cody Adams.

That’s an embarrassment of riches. Whether or not it translates into wins for former Lumberking hurler and T-Rats skipper Jeff Isom remains to be seen but talent goes a long way toward locking up a playoff spot in this league. 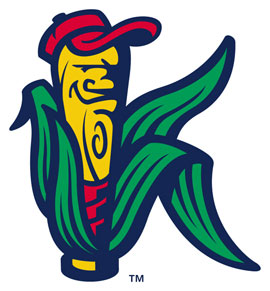 Jeff Johnson of the Cedar Rapids Gazette has an article in today’s paper highlighting the 2009 Kernels roster which features plenty of experience but appears short on prospects.

The biggest surprise is catcher Anel De Los Santos, a former member of the Angels’ Top 10 prospect list (2008) who spent time with the Kernels last year before being promoted to Double-A Arkansas where he was promptly inured.

Among newcomers, LHP Will Smith ranks the highest on BA’s current Top 30 list for the Halos. The Tom Kotchman signee was a seventh round draft pick last summer and went 8-2 with a 3.08 ERA for perennial Pioneer League power Orem in 2008.

As Jeff points out, the roster is missing a pair of big names in Roberto Lopez and Luis Jimenez. Lopez led the Pioneer Leauge in hitting and RBI but didn’t check in on the Top 30 prospect list, likely due to his age which skewed his Rookie League numbers. Jiminez, the Angels’ No. 26, was expected to play third for the Kernels this summer but a labrum injury derailed his 2009 campaign. 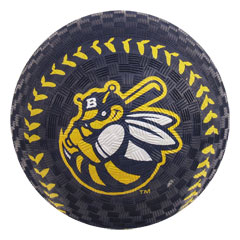 As expected, Burlington will benefit from the services of Royals’ first-rounder Eric Hosmer at first base. What wasn’t expected was the number of former Bees players making a return engagement at Community Field this year.

Burlington’s Opening Day roster includes 12 players with prior MWL experience, including familiar names like Luis Cota and Nick Van Stratten who helped play a role in the team winning the 2008 league crown. Cota, the Royals minor league pitcher of the year in 2005, is a former top prospect attempting to work his way back into the picture with Kansas City.

Now, back to Hosmer. He’ll look to avoid the slow start that Mike Moustakas got off to last year in Burlington. Hosmer ranks No. 2 on BA’s Royals Top 10 prospect list, right behind Moustakas.

The rest of the Bees’ roster remains something of a mystery. At some point I suppose they’ll update their website, but as of right now it hasn’t happened.

Great Lakes enters its third season of existence with arguably its best collection of talent. That’s not saying much since the Dodgers haven’t been too concerned about fielding a winning club in Midland. Sure, players like Clayton Kershaw, Carlos Santana, and Andrew Lambo have taken the field at Dow Diamond, but for the most part those big-time prospects have been few and far between.

This year’s Great Lakes roster features a bunch of college vets and guys who have plenty of professional experience under their belts and it appears to be stocked with lots of talent if you trust Baseball America’s Prospect Handbook (and why wouldn’t you?).

The Loons will feature 3 of the Dodgers’ Top 10 prospects and 9 of the Top 30, including three players with significant High-A playing experience. You don’t often see that many entries on a Top 30 list taking a step back.

Martin was BA’s 2008 High School Player of the Year and will be making his professional debut later this week. He’s recovering from a meniscus tear in his right knee suffered during a post-draft minicamp.

Gordon is the son of longtime big leaguer and 1988 Midwest League All-Star Tom “Flash” Gordon (1988 Appleton Foxes) and was a fourth round pick of LA last summer.

Eovaldi continues to recover from the Tommy John surgery he had in the spring of 2007. He appears to be a hard thrower but pitched in just seven games last year between the Gulf Coast League and Ogden.

Among those outuside the Top 10, Gallagher’s name stands out as a bit of an oddity. The 2007 third-rounder batted .284 at Ogden in ’07 and hit .293 at High-A Inland Empire after vaulting the MWL last year. It sounds like the Dodgers are still waiting fo rthe 6-5 Gallagher to grow into his body and BA mentions he needs to work on his defense, so perhaps that explains his assignment.

Guerra, a 2004 fourth rounder, has spent the last two years pitching in the Cal League for the 66’ers. Another Tommy John survivor (2005), BA predicted Guerra would open the season in Double-A.

Pratt, who has been in LA’s system since being drafted in the fifth round of 2003, appears to have control issues. He’s spent the past two years at Inland Empire and in 2008 he ranked third in the Cal League in walks with 67 in just 69 innings pitched. Throw in 21 wild pitches and this assignment begins to make a bit more sense. Still, Pratt has 383 career punchouts in 368 innings so you can see why the Dodgers are giving him every opportunity to put things together.

It sure looks like Great Lakes pitching coach Danny Darwin will have plenty of talented arms to work with and mold this season. It also sounds like he might have his hands full at times.

Yeah, Rascal will be back as well, but his return was never in doubt.

This is one of my favorite weeks as it’s usually around this time word starts leaking out about what some of the rosters around the MWL are going to look like.

No one covers the circuit better than the Quad City Times’ Steve Batterson and here’s a story he wrote yesterday about some of the familiar names that will be returning to John O’Donnell Stadium, er, Modern Woodmen Park.

The most intriguing name on the list is Niko Vasquez, a Dominican shortstop that checks in at No. 18 on the Cards’ Top 30 according to Baseball America. Vasquez was a third round pick last year who signed for $423,000 and split time between Johnson City and the River Bandits. According to his writeup in BA’s Prospect Handbook, Vasquez should have a decent glove at short but his bat seems to be a bit of a question mark at this point in his young career.

Among the many reasons to love the Burlington Bees – Dollar Mondays, Dancing Bobby, Macho Nachos, Old Style in cans – you can add this to the list:

According to this brief in the Burlington Hawk Eye, the Bees have frozen their prices across the board heading into the 2009 season.

“I think we do a good job of providing good entertainment at an
affordable price. With the
state of the economy, it is important to keep the cost down as much as
possible”

That’s sound logic right there. Other clubs around the MWL (and the country) would do well to remember it.

Nothing like a little staff shakeup right before the start of the season, right?

Rigo Beltran, who as scheduled to be Dayton’s pitching coach this season, will begin the season in the same role at Double-A Carolina following the arrest of former Reds hurler Tom Browning for non-payment of child support.

Taking Beltran’s place with the Dragons will be former lefty specialist Tony Fossas. Fossas didn’t get to the big leagues until he was 30 but he lasted parts of 11 years and made his last appearance in 1999 with the Yankees.

According to a story in the Dayton Daily News it is unclear how long Fossas will be with the Dragons. The best guess is this will be a permanent move with Browning likely looking for work elsewhere.

Haven’t heard of the movie that opens in LA and New York on April 3 and elsewhere on April 24? Here’s the trailer.

It certainly sounds like the folks who put this movie together did a good job of telling the story of what kids from the Dominican go through when they sign professional contracts. I can’t help but watch this trailer and think of the many foreign players I’ve crossed paths with over the years, wondering how closely this may mirror their own stories of coming to the states to play.

Not only am I looking forward to the movie because of the many Midwest League teams featured in it (including the semi-fictional Bridgetown Swing) but it also marks the feature film debut of former Burlington broadcaster Randy Wehofer, pictured above during filming. Wehofer, now working for the Triple-A Iowa Cubs, plays radio man Jack Jeffries in the film. Always a class act and a heck of a broadcaster, I’m curious to see how his abilities translate to the silver screen.

“If I’m unconvincing in this role, then it’s not just my acting career
that’s at stake. I’m going to be have to rethink my whole career,” Wehofer told MiLB.com.

Another Burlington staple, Dancing Bobby, also appears in the film and was in the trailer if you watched it. No quotes from him in the same story though. I’m guessing the author had a hard time getting past Bobby’s agent.

Here’s the entire article with more background on the film.

The movie may not take home any major awards, but if nothing more it keeps alive the memory of the world’s ugliest uniforms. R.I.P Swing of the Quad Cities

The most recent issue of Baseball America ranked the farm systems for all 30 MLB teams and anyone who watched the MWL over the last couple years won’t be surprised to learn the Texas Rangers clocked in at No. 1 on the list. Just last year Clinton saw prospects like Derek Holland, Neftali Feliz, Justin Smoak, Engel Beltre, Blake Beavan, and Michael Main (among others) pass through Alliant Energy Field.

The Rangers are gone, off to the Sally League in what they thought was a premptive move involving the realignment of two Cal League franchises that now looks like it won’t come to fruition.

Now, while these rankings are interesting and one could argue fairly accurate, their meaning shouldn’t be misconstrued by those who follow the MWL. Organizations can rank very highly but that may not show up at a MWL park near you because it has already passed through. On the other hand, ones that rank low may be on their way up with a bullet and them main reasons for that could be arriving here shortly. In other words, these aren’t any indicator of what type of talent your favorite MWL affiliate is going to field in the coming year.

Here, without further blathering, is how each organization affiliated with a MWL team fared in BA’s rankings:

END_OF_DOCUMENT_TOKEN_TO_BE_REPLACED

Mountain Out of a Moe Hill
Create a free website or blog at WordPress.com.